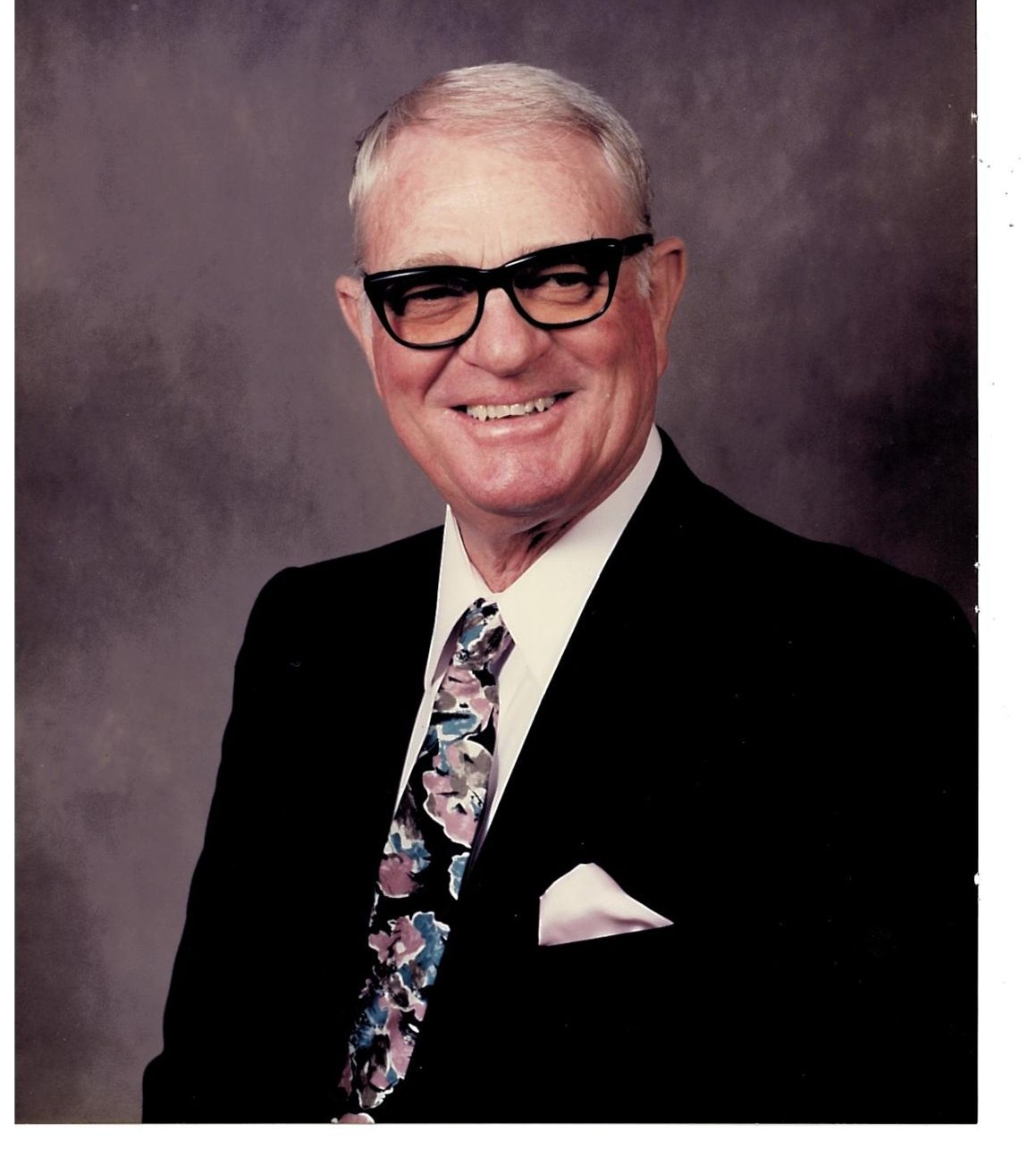 Kenny Aldon Hampton, age 94, of Milan, passed away on Sunday, December 19, 2021. He was a native of Gibson County, having grown up in the Skullbone community. He was the oldest child of William Odis Hampton and Mary Eleanor (Mae) Dowland Hampton, who predeceased him.

Kenny was a United States Army veteran of World War II, serving in Tokyo and Yokohama, Japan. He was retired from the Martin Marietta Corporation at the Milan Arsenal. He was a member of Mount Pleasant Baptist Church in Bradford and was a founder of the West Tennessee Antique Car Club.
In addition to his parents, he was predeceased by his wife of 56 years, Louise Gibson Hampton, a son William Aldon Hampton, sister and brother-in-law June and Bill Clarke of Trezevant, brother Landon Hampton of Bradford and brother-in-law Jerry Foren of Dyersburg.
He is survived by his daughter and son-in-law Teresa and Harold L. (Hal) North, Jr. of Chattanooga and his son David W. Hampton of Milan. He also leaves two grandchildren Harold L. (Tripp) North, III and wife Caitlin of Alexandria, VA and Grant Gibson (Gib) North of Chattanooga. In addition, he leaves sister-in-law Ruby Hampton of Bradford, sister Evaline Foren of Dyersburg, sister and brother-in-law Patsy and Nathan Sellers of Bradford and brother and sister-in-law Don and Deanna Hampton of Bradford.
Funeral services will be held on Wednesday December 22, 2021, at 12p.m. at Hunt Funeral Home Chapel with Brother Johnny McCartney officiating, burial will follow at Mt. Pleasant Cemetery. Visitation with the family will be held on Wednesday from 11 a.m. until 12 p.m.
The family would like to express their appreciation to caregiver Donna Laster Cuthbertson. Memorials may be made to Mt. Pleasant Cemetery at. P.O. Box 1 Bradford, Tennessee 38316

To order memorial trees or send flowers to the family in memory of Kenny Aldon Hampton, please visit our flower store.